You are here: Home1 / Insights2 / A Case Study On: China’s Slowing Economy 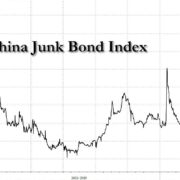 China’s economy appears to be slowing.  This is a big deal in itself but how will we be affected as Canadian investors?  Our honest answer is we don’t know, but we should be thinking about it.  China is now of a size where it has a major impact on the global economy and financial markets.

China is in the news on a daily basis.  The military activity around Taiwan is just the latest.  The Chinese central government in the last year has moved to integrate Hong Kong, rein in corporate excesses, and intimidate trading partners.  But we are now at a point where the Chinese Communist Party’s need for control is slowing the dynamism of their economy, and given the overall debt level, looks likely to negatively impact financial markets.

The point we would like to highlight, which is often missed, is that China did not stimulate their economy in the way that our Western governments did to offset the economic effects of the pandemic lockdown.  The chart below shows that China is potentially already in recession.  This should obviously have an impact on the demand for raw materials.  However, it is hard to tease apart what are supply disruptions and shipping delays from an actual Chinese domestic consumer pullback.

Coincidence or not, China’s economic weakness is aligned with the failure of China’s largest property company, Evergrande.  This company has borrowed $300 billion against a very large property portfolio.  This in itself should not be a problem.  The creditor should take possession of the property business, where hopefully there is some hard value, and the equity holder is wiped out.  The problem is that China does not have a transparent court system and bankruptcy law is in its infancy.

Large amounts of Western money have been invested in China and this money doesn’t really go over the fire wall.  Over the last few weeks, we have seen money being actively pulled out of Chinese stock and bond investments.  But once this money is out of China it has to go somewhere, and the most likely outcome is once again even more money pouring into the perceived safety of US mega technology stocks.

Outlook for the Fourth Quarter
Scroll to top